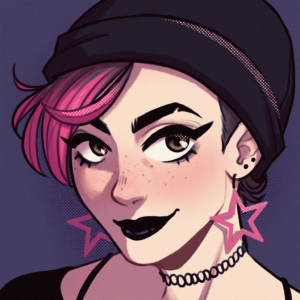 Kino is a character and merch designer who has worked as a freelance illustrator for over 10 years, catering to tabletop RPG enthusiasts as their go-to character artist. You can find her occasionally streaming her art on twitch.tv, and in the artist alley at the following conventions in 2022: